Hey there Teacups! Happy Matcha Monday. For this week’s Matcha Monday I am going to be reviewing Adagio Teas – Raspberry Matcha. If you’ve read my last Matcha Monday post you’ll know that I recently tried another flavoured matcha from Adagio (their cinnamon apple one) and spoiler alert I loved it so I wanted to see if this one was going to be just as great hence doing two Adagio matcha reviews in a row. Those of you who know me will know that I love raspberry in tea but I’ve never had a raspberry matcha in my life so to see that this was one of the flavoured matchas that Adagio very kindly gifted me to try made me very happy. I won’t lie I was a little bit hesitant about the raspberry in this being purely from flavour but after trying this I very quickly learnt that I had no reason to worry in the first place. 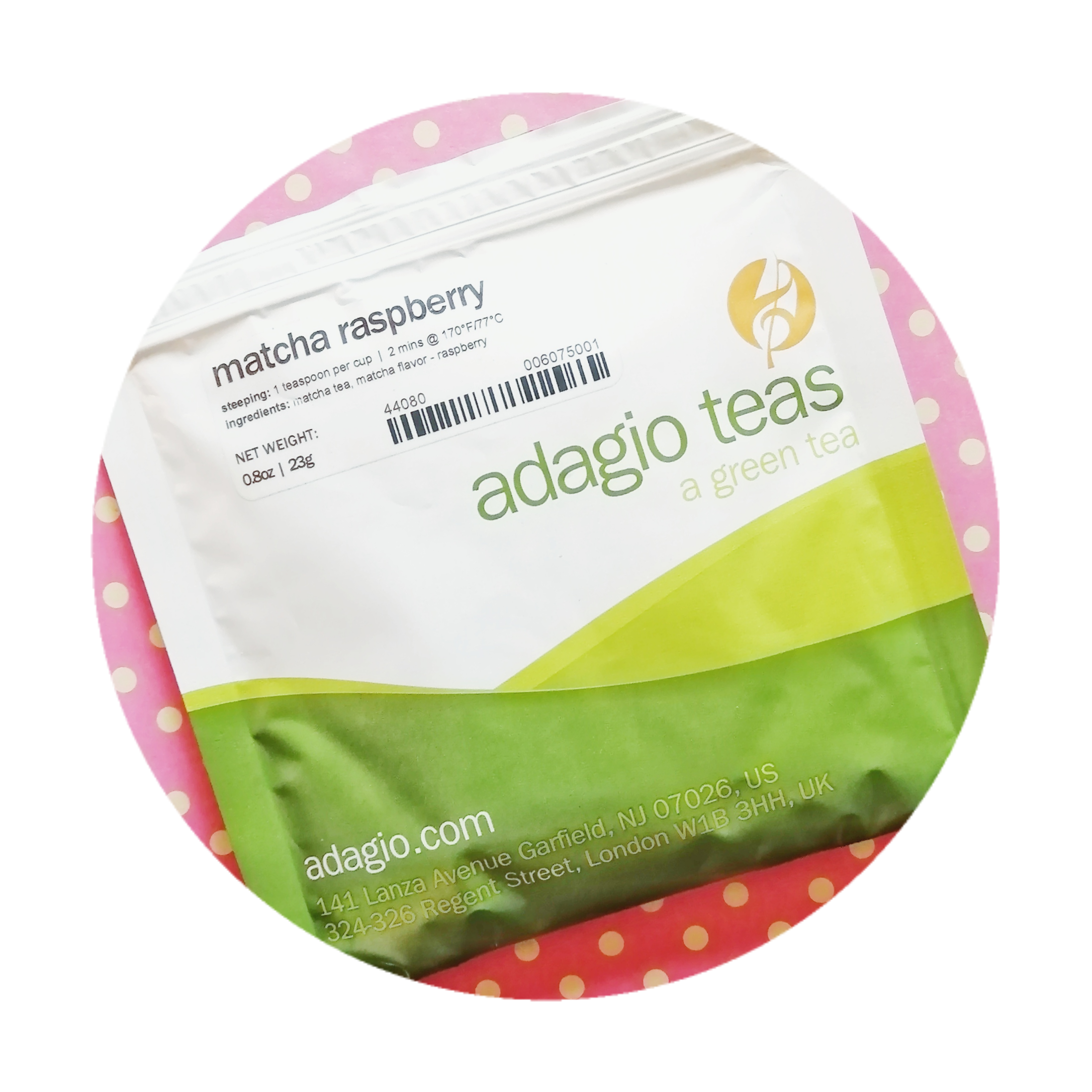 Here’s what Adagio themselves have to say about this Matcha over on their website: ”Berry good! This high grade Japanese Matcha has a hint of delicate fruit. Our subtly sweet Raspberry Matcha is sugar-free and entirely natural, with all the health benefits of green tea and all the flavour of indulgent berries. Perfect for a pick-me-up, this Matcha tea has the energy of an espresso without the come down. Drink straight or add a touch of milk for a luxurious Raspberry Matcha latte.” 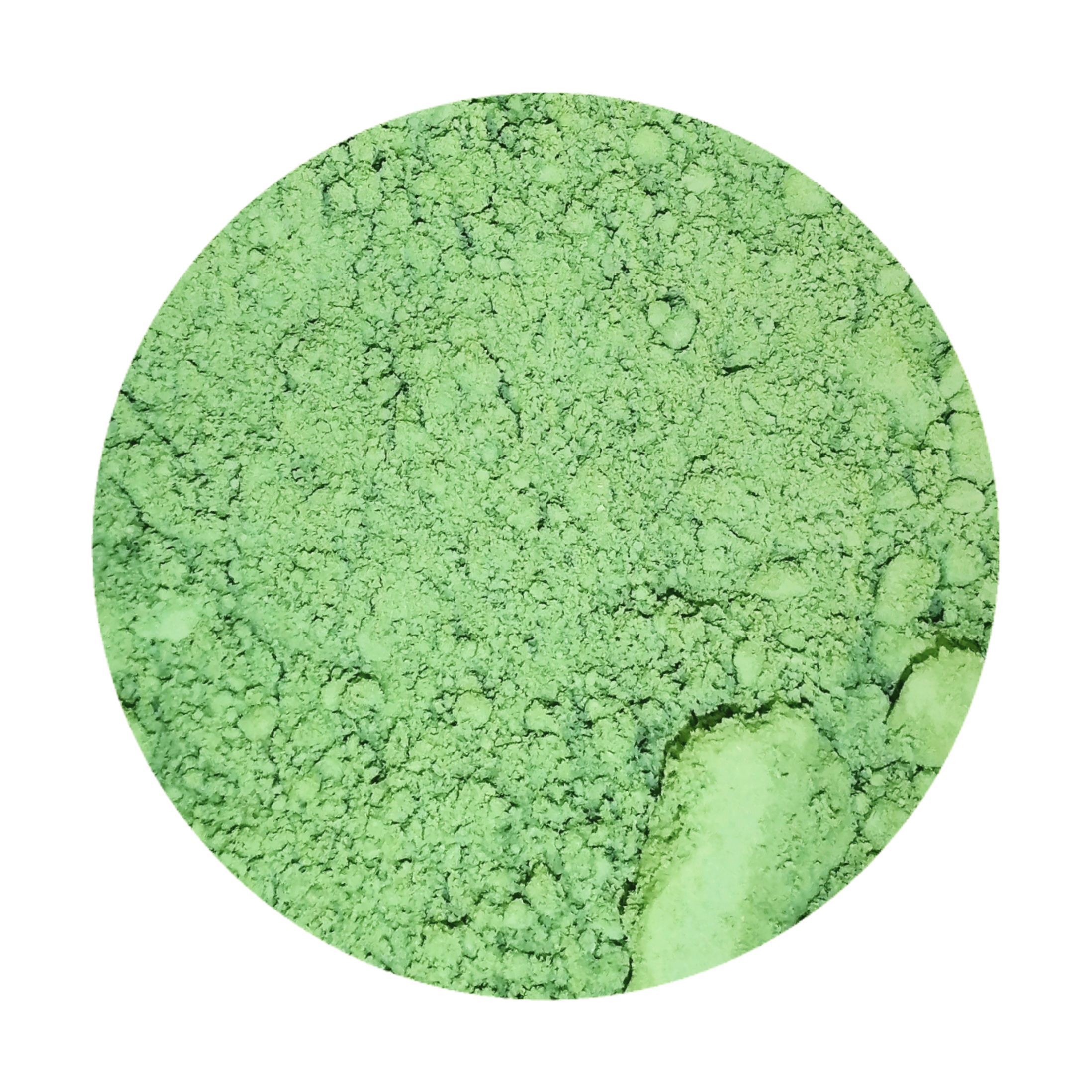 For this tasting session I did what I did with the Cinnamon Apple Matcha and I had this one it own and as a latte. I made one cup, had a few mouthfuls of it on its own and then added milk to try it like that, had I have made two cups there would have been no way I would have slept tonight, I should have tried this iced as well but I didn’t think about it when doing this tasting session, I’ll definitely do it next Matcha Monday though. when I opened this sample the sweet raspberry smell that came from it actually shocked me a little bit because I was expecting it to be quite subtle like the cinnamon and apple were in the Adagio Matcha I tried last week. However once I added the water and began preparing this Matcha that Sweet Raspberry note did become a little subtler.

I tried it first on it’s own without any added sweetener or milk and it only took one sip for me to decide that I wanted to order a big tin of this matcha because it’s absolutely delicious. I thought the raspberry was quite sweet and natural tasting with just a hint of a natural tang to it which did surprise me a little bit as it was expecting it to be quite one note because it’s all flavourings and I was expecting it to be a little bit artificial and raspberry candy tasting. It’s stronger than the flavour in the last Adagio matcha I had but not so strong that it was off putting to drink and it didn’t outshine the matcha itself was great as the matcha used for this blend is also great and clearly of a fantastic quality. 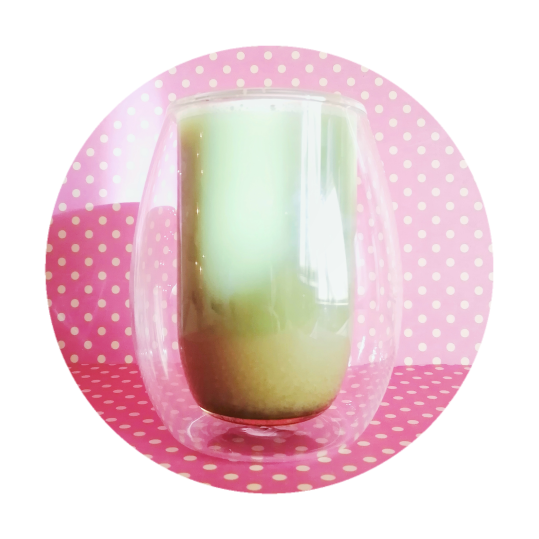 It’s naturally quite vegetal and grassy as you would expect but it also has a subtle floral note to it and an ever so slight creaminess all of which blend perfectly with the raspberry and do tone down it’s sweetness a little bit which made this even better. After trying it on its own I then added some soya milk (unflavoured but slight sweetened) and tried this as a latte. I didn’t add any honey like I sometimes do with Matcha lattes (only about half a teaspoon) because naturally this Matcha is more than sweet enough for me and since I was using slight sweetened soya milk there’s now way I wanted to make this any sweeter as it would overpower all the greatest aspects of this Matcha.

With milk this tastes just like raspberry milkshake and don’t get me wrong that is great but the milk completely overshadows the Matcha and I hate that. Had there been a good balance between the two, and maybe if I used a lighter milk there might have been this would have made such a great Matcha latte for the spring and summer I like being able to taste the Matcha and the raspberry because the fact they pair together so perfectly is what I love about this. So I think in the future I will definitely just drink this as is on it’s own because that is the way this particular Matcha is at it’s best. I’m yet to try this one it’s own iced but I will definitely be trying that very soon because something tells me it will be fantastic. Thank you for giving me the chance to try this Adagio (UK).

If you want to find out more about Adagio Tea and purchase some of this Matcha for yourself, you can do both here. As always if you have any questions at all either stick them in the comments or send them to me on Twitter/Instagram @teaisawishblog and I’ll answer then all as soon as I can. Over on my Instagram you can also see how you can get involved with Matcha Monday every single Monday.

Speak to you all soon. Happy Steeping – Kimberley

*The tea featured in this post was gifted to me for the purpose of this review. All opinions are my own and have not been paid for.*