Hey there Teacups! As you can see by the title I’m starting a brand new series today. The reason that I’m not doing blogmas this year is simply because I’m honestly not well enough and pushing myself to do it would just put me in even more pain. So, I thought why not do something for just 12 days of the month and have it centre around the idea of the twelve days of Christmas. So the 12 Days of Teamas starts today and will run up until Christmas eve. This year for this series I’m collaborating with Yunomi Teas and they have very kindly gifted me 12 of their amazing pure teas / flavoured teas and tisanes to review.

So over the next twelve days I’ll be review 12 different teas, flavoured teas and tisanes that are all currently in stock on the Yunomi website. Six of which were picked by me and six that were picked by Ian at Yunomi. Today to start off the series I’m going to be reviewing a Matcha latte mix and a Hojicha latte mix from Uji Moritoku that are sold through the Yunomi website. These are sold in boxes of 5 and are currently £7.72 a box. 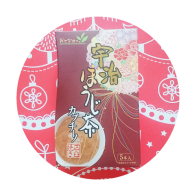 The first thing I noticed when I opened the pack was just how bright green the powder is which shocked me a bit because with this already having milk power in it I expected a much lighter colour and I expecting a dull ‘’culinary shade’’ of green from the Matcha but I was wrong, and I shouldn’t have judged this just on its packing or ingredient list. When I first smelt this, all I got was the Matcha which isn’t a bad thing at all I just wasn’t expecting it. From the ingredients list I was expecting an overly sweet and milky aroma but that wasn’t the case at all.

I used 200ml of 85°-90° water and stirred it with my hand held electric frother to help it produce a thicker froth. (if you don’t have one don’t worry it builds quite a good froth on its own) I was really surprised by how bright the Matcha stayed throughout the whole process I did think that once I added the water and mixed it all together that it would loose that edge but it stood it’s ground. It’s quite grassy in flavour with a seaweed like underpinning and a creamy note that is reminiscent of sweetened whipped cream.

It’s very creamy and smooth in texture but doesn’t taste overly milky which is nice because a lot of instant mixes like this go overboard with the milkiness and while it is definitely sweet but it is nowhere near as sweet as I thought it would be which is great because it lets the Matcha shine. This is a great product that makes it really easy to whip up a Matcha latte anywhere you want. This is deffinelty a lot better than most of the instant Matcha mixes I’ve had.

Overall Teacup Rating: 4/5 (For an instant latte this is probably one of the best that I have had as it’s more Matcha than anything and its quite well balanced. Had this have been dairy free which is my person preference I would have given it a 5/5. But don’t let my person preferences stop you from giving this a try.)

If you want to purchase these for yourself, you can do that here .

I was a little bit nervous when it came to this one because before it arrived I had never tried any instant Hojicha mixes before I know that’s probably quite hard to believe with how many news tea products I try but it’s true. Because of that I wasn’t quite sure what to expect from it smell and taste wise and really went into it without any expectations at all (aside from the fact that I wanted it to be as good as the Matcha one).

When I opened the packet, I was hit with the delicious aroma of roasted green tea and when it combined with the sweet creamy notes almost gives of an almost caramel like aroma reminiscent of Gold Roast Hojicha. I think it made for an amazing first impression and left me eager to see what it had to offer taste wise.

Taste wise this one is much sweeter than the Matcha one but the roasted green tea taste is pleasantly strong, with notes of caramel, sesame and just a hint of grassiness. I enjoyed this one but really wish it was just a little but less sweet.  This one didn’t hold as much of a froth as the Matcha one which surprised me because it tasted much creamier than it  but still not overly creamy. I actually quite enjoyed how much creamier it was though because I enjoy tea lattes with lots of frother hot soya milk. This was a great first experience of instant Hojicha drink mixes for me and I think I’ll be making it my mission to try much more in the future if there are anymore out there. 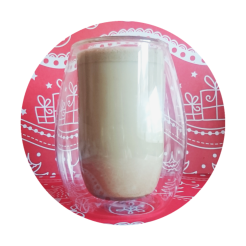 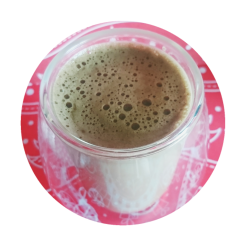 If you want to purchase these for yourself, you can do that here.

If you can to find out more about Yunomi (which you should definitely do) and see the sheer amount of amazing teas, they offer you can do that here. As always Teacups if you have any questions at all either stick them in the comments or send them to me on Twitter/Instagram @teaisawishblog and I’ll answer them as soon as I can.

Speak to you all soon. Happy Steeping – Kimberley

*The tea featured in this post was gifted to me for the purpose of this review & this series. All opinions are my own and have not been paid for.*