Can you believe that we are already at Day 9 of the Japanese tea marathon! I feel like it’s all flying by so fast but I’m enjoying every single moment of it and I really have been able to learn so much. I’ll definitely be sad when it’s time for the marathon to finish but I know but we still have a few days yet so let’s get into today shall we? Today we are learning about Nara.

Nara was the very first capital of Japan between 710 -794. There are many relics and treasures here. It is also home to the world’s largest bronze Buddha statue, which is really popular among tourists. Another big attraction here is the Nara park full of deer. Visitors can get close by to the deer and even feed them some special snacks, it makes for a great picture. Nara has many traditional crafts too. Takayama town in the north west of the prefecture, is the largest producer of bamboo utensils for tea, like chasen and chashaku. About 90% of all Japan’s chasen are made in Takayama.

Talking about tea, Nara is like a lot of other places we have visited known to have a really long history. It is said that tea cultivation here started in 806, when the Buddhist monk Kukai brought tea seeds from China and gave them to his younger brother Kenne, who planted them in Butsuryuji Temple (present day Uda city). At the beginning, tea was mainly cultivated in the monasteries, and it took a few centuries for the production to grow. In the second half of the 15th century the tea ceremony, an important part of Japanese culture, started to develop in Japan. Born in Nara, Murato Juko was known as the starter of Wabicha – the modest style of tea. Hence, he is often called the founder of the Japanese tea ceremony too.

Then, during the Meiji era (1868-1912), Nara was producing black tea that was recognized and appreciated abroad. Soon after that, however, green tea became more popular. Currently Nara ranks No.7 in production in Japan and in 2020 made 1490t of tea. Tea is mainly made in the north-west of the prefecture, in Nara city and Yamazoe village. Other tea producing areas include Uda city, Oyodo town and Higashiyoshino village. Most of the tea is grown on highlands at the elevation between 200-500m. Nara makes a range of teas, the most common tea here is Bancha, that is often used as a material for Hojicha and Genmaicha. Sencha and Kabusecha are widely made too and in recent years the production of Matcha has also been growing. Tea made in Nara is commonly known as Yamatocha. A few local tea brands carrying the names of the inner tea regions, like Tsukigase tea, Fukuzumi tea, Yagyu tea, and Yamazoe tea are also gaining more recognition.

For today’s lesson we were able to speak to Fumiaki Iwata and learn more about Tsukigase Organic Tea Farm. Fumiaki Iwata is the 5th generation tea farmer and president of Tsukigase Organic Tea Farm, which is located in the Tsukigase region of Nara prefecture. Iwata-san manages about 10ha of tea fields and makes a variety of teas including Sencha, Hojicha, Wakoucha. They used 100% organic farming methods (JAS Certified), and all tea is harvested using hand held machines. The Iwata family has been farmers for 16 generations, but since 1945 the focus has shifted to tea production. Since 1984 they have been producing organic tea and have stopped using not just all the synthetic materials but even animal waste too. The only fertilizer they use is botanical fertilizer as to effect the tea in the least ways possible they do this because they take from the plant but want to make sure they give back.

Fumiaki Iwata has two different kinds of tea fields (10ha total) but is divided into 80 different places, the different types of tea fields they have are Chayama and Chabatake. Chayama is when the tea farm is on the slope of the mountain and follows the shape of the mountain. Chabatake is where the mountain landscape has been changed to accommodate the tea fields. Both ways are organic and the solid changes depending on the location, but Fumiaki Iwata says that Chayama however feels more natural to him. In his tea field there is lots of Zairai (around 40%) which is a cultivar but it is a not improved cultivar and had not been propagated.

When tea plants are grown from cutting the roots spread wide but when grown from seed the roots are long like they are going to the center of the earth. In the image below the plants on the left are grown from cuttings and the ones on right are grown from seed both are around 50-60 years old. So growing from seed, while it will take a little more time and work, is definitely much more beneficial to grown from seed as the plants that are next to each other will not have their roots entangled with other plants. Fumiaki Iwata has done an incredible amount of work into researching organic farming and soil types and if I were to include it in this post it would be hours long but he’s incredibly insightful and it was so interesting to learn about all the work he has done and how it all effects the tea more than you would ever think it would.

For this lesson he provided two teas, a Sencha and a Hojicha. The Sencha they process in their factory using the following method:

This tea was prepared in this way during this session: 5g of tea, cover tea with 100C water steeped for 3-5secs (if you want to make more you do the same thing over and over). Fellow tea lovers in the chat for today’s lesson described this tea in the following ways: not strong umami flavor, bitter but mild with a sweeter taste in the finish, very gentle with a natural fresh and sweet aroma. Very refreshing and in a way calming tea. Very milky like light Jin Xuan or other light Oolongs. It reminds me of white asparagus and melted butter. At the same time it has a rough side but in a good way. Sounds like an interesting but also delicious unique Sencha doesn’t it and definitely a unique brewing method that I have never seen done before but will be trying out at some point with some Sencha I already have. I was worried the boiling water would result in bitterness but from what everyone was saying in the chat that wasn’t really a problem at all.

The second tea prepared for this session was their was Yamatomidori Hojicha. It was prepared this way during the session: 5g of tea, cover tea with 100C water steeped for 3-5secs (if you want to make more you do the same thing over and over). Fellow tea lovers inn the chat today had the following things to say about this tea. Aroma notes: whisky, speculoos cookies, brandy, grainy and spicy, powdered cocoa. Roasted, salty popcorn with browned butter. Taste notes: flavor is very different from normal Hojicha, peppery aftertaste, very warming, roasted corn cob, fruity sweetness. Starts off very warming, peppery and ends cooling, mint and menthol! Other tea lovers in today’s chat definitely had a few mix opinions on this tea but to me it really does sound like a fantastic 2 year aged Hojicha. You all know just how much of a fan I am of any and all Hojicha so I’m definitely going to try and source some Hojicha from the producers because I simply need to experience it for myself.

This was such a fantastic session and unlike any others we have had yet during the marathon we were able to learn so much about organic farming methods and how all aspects of the area where tea is grown can effect the tea. I’m looking forward to seeing what new element of tea product we till have yet to learn in the coming days of the marathon. If you’re interested in joining us you can still sign up for the latter end of the marathon on the Global Japanese Tea Association website and should you not have time to join the sessions live they will all be uploaded to YouTube once the marathon is over.

Speak to you all again tomorrow. Happy Steeping – Kimberley 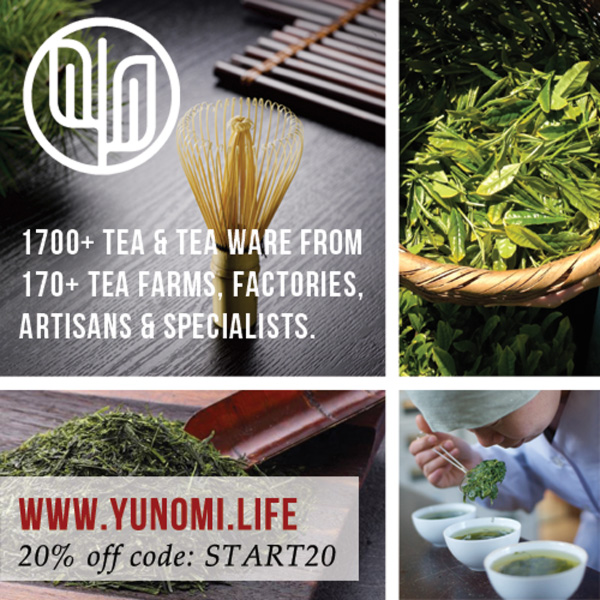